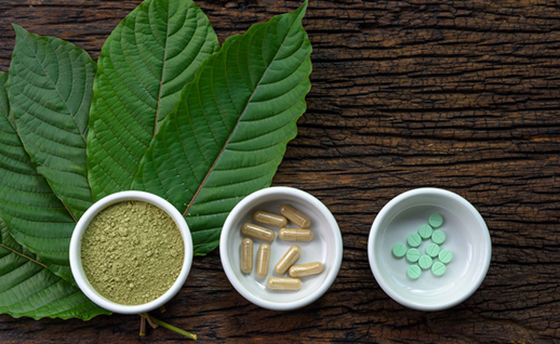 The plant nicknamed mitragyna speciosa grows in tropical countries such as Thailand, the Philippines, Malaysia, Papua New Guinea, and Indonesia. Kratom was later widely known in the United States and several European countries because of its efficacy as a medical alternative.

Kratom for sale and marketed like supplements in the form of capsules and fine powder. Besides being labeled effective as a recreational pain-relieving herbal, kratom is also intended for users who want to be free from drug addiction.

The commodities and markets of kratom users are growing along with a series of scientific studies. In the field of medical science, a number of researchers recognize kratom as a plant that can be used for alternative medical needs.

If consumed in low doses, kratom can act as a stimulant and help increase focus. While for high doses, kratom can be a sedative that produces anti-pain effects like opium, the sensation of relaxation occurs because of the active ingredients in kratom, namely mitragynine and 7-hydroxy mitragynine, bind to opioid receptors in the human body. like morphine in terms of pain relief. And you can get very effective analgesics from kratom

Specifically, for kratom, there are at least 290 testimonials in the form of detailed user experience reports that have been recorded and published in Erowid since 2001. Hundreds of kratom user reports have become a reference for research subjects published by Marc Swogger and several of his colleagues.

Swogger in his research journal notes and classifies user experience reports into positive and negative categories. The classification is then sub-categorized into experience sensations such as euphoria, relaxation, nausea, itching, and so on.

The results of Swogger’s classification show that the majority of kratom users (30.4 percent) have a relaxed and comfortable experience, and euphoria when consuming it with high doses. “Some users describe the effects they experience as they feel when consuming opium,” Swogger said.

Meanwhile, the most negative comments on kratom are about 16 percent of users claim to feel nausea. Beyond that, there are also those who claim to often shiver and sweat every time they consume kratom.

An important note from this research is that in every positive experience with a substance, there will always be negative experiences that accompany it. But the ratio of the effects of good and bad experiences of kratom is somewhat smaller than cannabis, heroin, cocaine, especially alcohol.

Now many drug users, at least in the United States, are turning to kratom. The US Centers for Disease Control and Prevention (CDC) has recently received an increasing number of reports of individual problems dealing with kratom.

In the past five years, reports of kratom entering the CDC have increased 10-fold, from 26 in 2010 to 263 in 2015. As many as 35 percents of reports that came in related to cases of kratom use combined with other substances such as sedatives benzodiazepines or even with other types of narcotics.

Some people choose kratom because it is considered effective in relieving pain. One of them is Leonard Rodda, who is now a seller of kratom in herbal packaging at his small shop in Atlanta.

Rodda started using kratom as a daily supplement intake two years ago. He turned to kratom after experiencing the bad side effects of the medicines the doctor prescribed after he was in a car accident.

Before Rodda learned about kratom, his life was recognized as being very alarming. The pain medication prescribed by the doctor put him to sleep most of the time. Every time he goes to the cinema, for example, Rodda will surely fall asleep in the middle of the film.

“That is not the way I live my life. I am always an active person. I always work,” Rodda said as he recounted his experience.

After getting to know kratom, Rodda realizes that her old self has returned. He admitted later he had begun to return to outdoor activities and cycling as usual.

“Quality of life is the most important, and I think kratom has provided the best,” Rodda said.

Rodda takes two kratom capsules every morning. The pain he experienced after the car accident has now disappeared. Many of the customers who come to the Rodda store also have a similar goal: to look for painkillers.

“Kratom does give you a little euphoria,” Rodda said. “Sometimes it can also help you concentrate better. There are also types of variants that boost the mood.”

Kratom sales increased because there was a market that bought it. Not only in America, but in Indonesia kratom is now a commodity that is in demand by limited circles.

Kratom is sold in neat packaging and even has a brand from each seller. The kratom sellers are selling their wares online, either through Facebook, Instagram or through the online seller services.

Kratom is sold in capsules or fine powder packaging. One bottle of kratom usually contains 80-100 capsules and is priced at Rp100-200 thousand.

The sales model in Indonesia is the same as that of kratom sellers in America. In the land of Uncle Sam, some even opened a kratom specialty shop.

There are many types of variants (strains) of kratom. The two strains most widely sold are kratom type Maeng Da and Red Vein. Maeng Da is promoted by sellers as a stimulant producing kratom which has the effect of increasing mood and energy.